The world isn’t flat—why should your video be? 360-degree video marketing is changing the way content is consumed. Viewers can interact with the immersive, spherical footage, which keeps them engaged and focused on your brand. 360 video also gets more shares and subscribers than standard video. USA Today® calls it the next big thing in technology, and it is predicted to turn media consumption on its head.

On average, consumers spend less than two hours a day watching digital video compared to five hours of TV. The popularity of 360 video and virtual reality is expected to dramatically change that ratio. In fact, YouTube’s® chief business officer, Robert Kyncl, says digital video will surpass TV by the year 2020. Be part of the next big thing—read on to discover how you can use 360 video marketing to drive engagement at your next trade show.

How to use 360 video marketing

Creating 360 video marketing content is easy with the right tools, such as the special lens on a 360 camera, the panorama option on an iOS device or Samsung Galaxy® phone, or a 360 photo app like Street View® or Google® Camera. Use this technology in a number of ways:

Show off products and processes

Trade shows are a great place to show off what’s new, but it’s not always possible to bring products with you. Upgrade the standard video by showcasing new products with 360 video or virtual reality to really make them stand out. Imprint virtual reality viewers with your logo and a link so attendees can view your footage again and again.

Provide interactive views of your exhibit, facility or store with 360 video. When used in hotel and resort marketing, 360 video generated an 48 percent more bookings.. Website visitors also stayed longer when pages incorporated virtual tours. At tradeshows, provide imprinted giveaways with links to your virtual tour, such as the Stylus Slap Bracelet or Multi Media Phone Stand.

Does your company use video blogs or news releases? Let your followers be a part of the story by using 360 video. Encourage others to join in by providing a prize drawing for shares, likes and comments. The Mirage Clip-On Phone Lens or a virtual reality headset make nice prizes.

Don’t miss out on the next big thing in technology. Incorporate 360 video marketing at your next trade show to increase engagement and impress your audience. 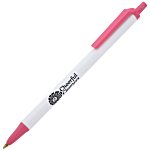 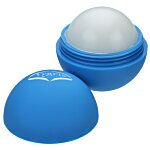 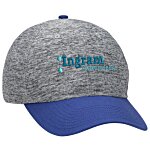 This Blue Paper discusses the digital magazine, its history, current trends and design considerations, and tips with this eme... VR headset giveaways allow customers to travel anywhere without ever leaving their chairs. It’s an unforgettable way to sho...