A guide for digital advertising

Internet users are saying “no” to online advertising. They’re fed up with intrusive ads that slow down websites and collect their data. Because of this, consumers are turning on ad blockers. They can’t see what they’re not missing, but for marketers behind websites, the consequences are visible in reduced ad revenue and missing visitor data.

So, what exactly does an ad blocker do? Ad blockers stop ads from being loaded by a browser, serving up the Web free of advertising and, at the misfortune of marketers and publishers, without audience data collection or ad revenue. Ad blockers use a list of rules to determine which ads to block, and an open-source community curates a database of blocked advertising.[1],[2] Blockers put users in a powerful position to shake up online marketing activity.

The rise of the ad blocker

For a bigger picture, check out Figure 1. It illustrates the rapid growth of ad blocking worldwide.[4] When looking at the United States alone, 28 percent of people are browsing with an ad blocker turned on. Hone in on Millennials (18-29 year olds), and that number jumps to 41 percent, making it increasingly difficult for marketers to reach and capture data on this highly sought-after target audience.[5] 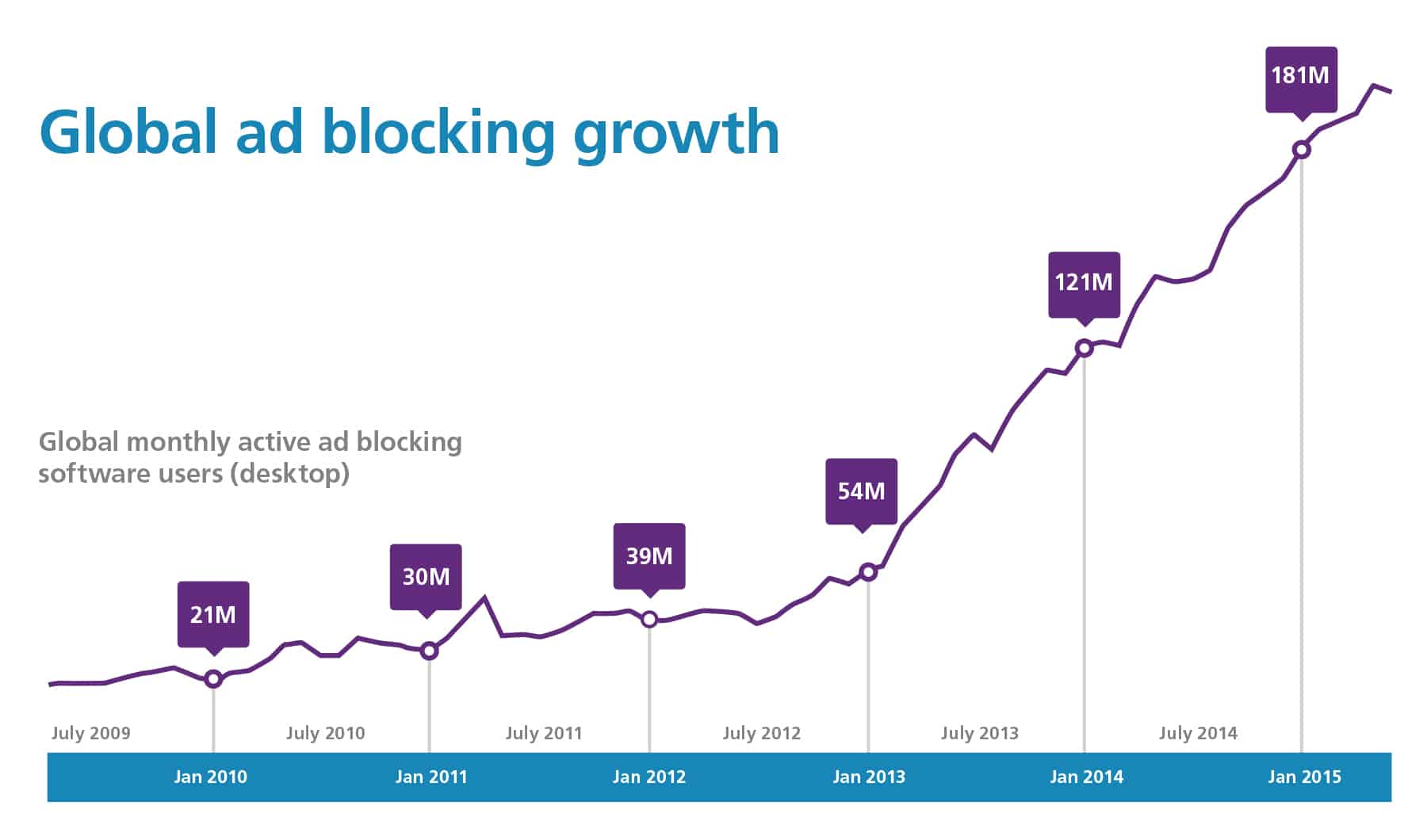 Up until this point, mobile has had little influence on ad blocking growth.[7],[8] But, more people are spending time online using mobile devices rather than desktop computers, setting up the next battleground for ad blocking.[9]

In September 2015, Apple® turned heads when it released iOS 9, the first operating system to block ads on its Safari® browser.[10] With millions of Apple mobile device owners, it stood to reason that mobile ad blocking use would jump. And, it did—within the first day of the operating system’s release, the most downloaded app was an ad blocker.

What’s behind the reason for all of this ad blocking? In short, Web users have tired of ads that pop up, drop down or in some form intrude on a seamless browsing experience. Creators of ad blockers saw a need and pounced with options that are free and easy to download and install.

A report on the state of ad blockers also shows Google® itself has led the charge in ad blocking with the popularity of its Chrome™ browser, which has taken market share away from Internet Explorer®. Ad block extensions are easy to install on Chrome for desktop computers, leading to a 51 percent increase of ad blocking use between the second quarter of 2014 and the same period of 2015.[11]

The state of the Web without ad blockers

In order to fully understand the scope of ad blockers’ influence on the Web experience, we need to understand what happens on browsers that run without blockers. Let’s take a snapshot of how the Web works with ads:[14],[15]

Why ads get blocked

Looking at what motivates the use of ad blockers explains a lot about their growth. Research points to three major reasons people block ads:[18],[19],[20],[21]

The difference with Web ads is that they often create screen clutter and cause pages to load slowly. They can be intrusive, especially on mobile devices with smaller screens. On smartphones, ads can completely cover desired content. And, some people start using ad blockers because they feel the quantity of ads has increased.

How to thrive in spite of ad blockers

Despite the angst over ad blockers, marketers have faced and overcome similar adversity in the past. Johnny Ryan of the anti-ad blocking firm, PageFair, likens the trend to a television remote control. When the device became commonplace, television viewers took control of whether they stuck around for the ads or changed the channel.[23] Advertising didn’t die. Instead, advertisers adapted and learned how to provide viewers with more relevant commercials.

Another reason to breathe a bit easier—Ryan’s firm conducted a survey of people who use ad blockers and found that they are willing to accept ads.[24] That said, they don’t like ads with audio or video that can’t be skipped and only a handful—10 percent—consider pop-up ads acceptable. But, the majority said they are willing to have less intrusive ads in their Web feed, such as text and display ads, and perhaps video ads that gave the option of being skipped.

But, overcoming or working around ad blockers isn’t as easy as developing a text ad. The answer goes much deeper. After all, a small Internet monster has been created, and Web users are weary. By looking back at the reasons why users download ad blockers in the first place, marketers can begin to strategize their next move.

A good starting point is improving the user experience. If UX around ads is improved, users may not feel the need to block advertisements. The key is to create quality ads in which consumers find value. Adblock Plus®, the world’s leading ad blocker, started a campaign to make “Acceptable Ads.” Here’s what they look like, according to the manifesto:[25]

Ads that meet these qualifications would not be blocked by Adblock Plus. The goal of the manifesto is to “make the Internet a better place for everyone—by getting rid of obnoxious ads.”[26] These guidelines, while specific to Adblock Plus, capture what a good user experience looks like when it comes to online ads.

Marketers may also want to consider the audience that isn’t yet using ad blockers. To reverse the reason ads get blocked in the first place, marketers need to improve UX and provide value through ad content. Consider these ideas:[27],[28]

Native advertising is another way to improve user experience. Native ads mimic a site’s look and feel, and they feature sponsored content (vs. “overt ad messaging”).[29] Native ads—search ads, paid listings, advertorials/branded content—are less likely to be ignored than standard display ads.[30] With native advertising, marketers help develop ads and content that complement a site and are what users expect to find there.

Native ads, though, are not a cure-all to ad blocking. Third-party companies “serve” native ads to multiple sites. Ad-blocking software may target these native ads because they aren’t actually published by the individual sites on which they appear. Scaling native ads across the Web actually could be working against them.[31] At issue is whether ads that appear across hundreds of disparate websites using automated technology can really be “native”—that is, thoughtfully developed to meet user expectations for each unique site.

To improve user experience for online advertising, websites also can start dealing directly with advertisers. Third-party ad ecosystems contribute to intrusive, slow-loading ads. Dealing directly with advertisers could create more valuable ads for users.[32] To improve user experience, the value of ads must be increased, so that blocking them loses appeal.

Another alternative is to get whitelisted. The option does exist to pay ad blockers. Google paid the creator of Adblock Plus to be whitelisted (added to a list of approved publishers) to prevent some of its ads from being blocked.[33] However, getting whitelisted doesn’t improve user experience, which is at the heart of why people use ad blockers.

For those in the industry who have stepped back to take a longer, deeper look at Web ads and the state they are in today, they point to one word as the next step for marketers and ad publishers. Creativity.

“We need marketers to start to think about a Web with fewer ads on it, with ads that are more effective at building brands,” PageFair’s Ryan said in an interview. “I don’t think the answer to that is an answer of technology. I think it’s an answer of creativity.”

Ryan challenges marketers to think about how they would start Web advertising anew, knowing what they know now. His guess is that they would “build brands rather than sell stuff.”

Brands that do well and build a following understand what’s behind data, and that’s what Endler points to when challenging marketers. “Rather than objecting to the rejection of our content, why not get curious about why we’re getting rejected … and change it?” he says.[34] It’s the data that will tell a story, he says, and not just the data on the surface. So, instead of counting how many retweets your social media post gained, evaluate what people are saying about the topic. It’s only then that marketers will be able to piece together the puzzle to deliver a story—through an ad, perhaps—that consumers want to hear.

When it comes to online ads, most are ignored, even without ad blockers.[35] But, poor UX is worse than being ignored. Bad experiences are bad for brands.[36] Intrusive ads kill the opportunity for marketers to optimize campaigns with audience data for maximum value. Intrusive ads take away from revenue streams, rather than add to them, leaving the content creation that attracts visitors underfunded.

Web users will keep pushing for better UX, as evidenced by their adoption of ad blockers, and marketers will be forced to answer. Ad blockers show the need for content and native advertising to “swim in the same direction as consumer preferences and behaviors, not against.”[37] Who will meet this need is the next chapter in the ad blocking saga. 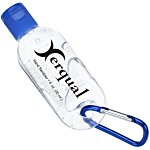 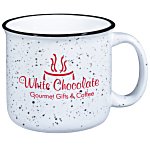 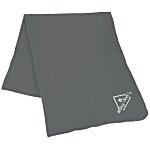 This Blue Paper explores why customers love social customer service through messaging and how brands can master social custom...