As media has evolved, so too has public relations. In the past, PR practitioners measured success by the number and amount of press they received from sending press releases and pitching stories to members of the media. Today, PR professionals rely more on self-publishing in the form of tweets, blogs and other content.

This creates new challenges, though, as people spend more time browsing online rather than reading. Often, web users only read 28 percent of a piece of written content. To capture and maintain attention, public relations practitioners find that being storytellers of their brand leads to the greatest success.

In this Blue Paper®, we give you a road map of how to tell a brand story where you’re the hero. We also discuss the three key types of media—paid, owned and earned—and how they work together. And finally, you’ll come away with ideas from our customers who are using PR giveaways and branded clothing to help make connections and get their story told.

PR is a story

You can think of modern public relations as a set of three storytelling paths that meet to form what is called “converged” media:

As traditional journalism evolved and social media exploded, PR practitioners started focusing on converged media. Because of this, 87 percent of PR executives don’t think “public relations” will describe the work they perform five years from now, and more than 60 percent of marketing executives feel that public relations and marketing will work together more closely in the future.

It’s important to remember that even though these media types have similarities and differences, all of them can be used to share your story with your customers.

In the past, paid media was considered marketing’s responsibility, while earned media sat in the PR camp. Like most ads, paid media ads are stories tucked inside other stories. Paid media attracts readers and viewers by offering content similar to the content they’re already consuming. This is done through sponsored posts on social media or on websites with native and sponsored content.

Native ads and sponsored content are two methods of using paid advertising in a way that mimics the website that is hosting them. And while they are similar, they are not quite the same.

A native ad acts much like a traditional ad. It contains a headline and description designed to get readers to click a link, which takes the reader to a brand-owned site where they can read more. According to research performed by Business Insider, native ads will make up 74 percent of all ad revenue by 2021.

Sponsored content, however, is a piece of journalism that is paid for by an advertiser but resides on a publisher’s site. It typically has a label somewhere on the page that denotes it as sponsored content. For example, this The Atlantic® story, “Art of the Thrill,” clearly states in the upper-left corner that it is sponsored content by Porsche®.

More PR practitioners are finding that influencers make perfect co-authors of their story. In fact, some of the biggest brands spend a collective $255 million each month on Instagram® sponsored posts. Influencers generally have thousands (and sometimes millions) of fans on social media platforms. And their fan bases cover every type of subject matter—from fashion to food to video games to technology. Today, social media influencers are often more influential than typical celebrities, with almost 70 percent of millennials preferring influencer endorsements. The good news is that influencer marketing can be very cost-effective. Some micro-influencers (that is, influencers with thousands of followers instead of millions) are willing to forgo payment to partner with you.

But even paid influencers have a strong return on investment. One study showed an average return of $6.50 for every dollar spent on influencer marketing. And 22 percent of marketers said it was the most cost-effective promotional tool, email marketing notwithstanding. It’s also worth noting that you can become an influencer yourself by using your owned media.

Owned media—telling your story in your way

Just as its cover is the face of a book, owned media is the face of your brand, encompassing everything from your social media channels to your blog to videos you post to your website.

According to HubSpot®, because you control your story, owned media is the most important aspect of PR and the strategy most practitioners reach for in their toolbox.

If you’re going to create content, start with a plan. Determine how you solve customer’s problems and develop a list of questions your content could answer. Once you’ve written this part of your story, you need to get people to read it. Here are a few ways to do that:

By giving customers content they crave, you’ll accomplish what any great story does: You’ll make a connection. Plus, by using owned media to position your company as a thought leader in the industry, you may become an influencer—paving the way to greater reach with earned media.

Earned media—letting others tell your story

Earned media is all about building relationships in your industry and with members of the media, from trade publications to your local newspaper.  Although journalism has changed dramatically in recent years, earned media is still viewed as the most trustworthy of the three types. According to Nielsen, 83 percent of consumers trust digital word-of-mouth more than they trust content produced directly by advertisers. Before the advent of social media, PR practitioners primarily spoke to the media through compelling press releases and direct phone calls to discuss story pitches. Today, however, social media moves so quickly that your local media connection is just a tweet or message away.

Sometimes a visual display of your brand on promotional marketing products can create earned media opportunities—something Pam Edwards knows well. She’s the Director of Organizing at the Massachusetts Senior Action Council, a grassroots, senior-led organization that fights for social justice.

“Our organization is known for wearing royal blue shirts,” Edwards said. “If we assemble, people know who we are and want to know why we’re there.”

Wearing shirts in matching colors has brought the group a great deal of recognition in the community and lots of opportunities for earned media. The organization’s shirts (PDF) and quotes (PDF) have appeared in dozens of articles in publications ranging from the Boston Globe® to U.S News & World Report®. The branded shirts worked so well that the group decided to keep the recognition going in cold weather—they recently purchased Crossland® Soft Shell Jackets for women and men.

Go on a storytelling tour

In addition to paid, owned and earned media, good old-fashioned networking is essential to every PR strategy. After all, telling your story face to face puts the “relations” in public relations.

To make the gatherings especially memorable, Markowitz builds all the events around a theme. “Last March we did a basketball playoff networking event, and I gave out a lot of items with a basketball theme,” she said.

Among the promotional marketing products they passed out were branded orange basketball-shaped stress relievers and basketball-themed fidget spinners.

If you’d like to take your story on the road, PRNews offers simple steps to help you make industry connections at a networking event:

People love a good story. When you have a best seller, use converged media and PR giveaways to tell your amazing tale. Good luck!

A classic way to connect

Give away these pens at networking events so people keep your brand handy. 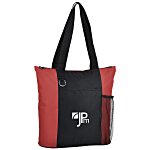 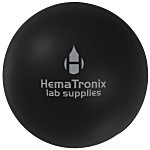 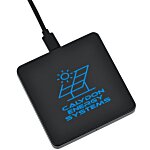 This Blue Paper discusses influencer marketing, its evolution and ways in which entrepreneurs can tap influencers’ expertis... If you’re not using influencer marketing already, it might be time to consider adding it to your marketing toolkit. Multipl...