Furthermore, studies have shown that 93 percent of consumers find wireless charging appealing. What does that mean for you? It means that custom wireless chargers are an up-and-coming product that will be a big hit with your employees, customers and prospects.

What it means to be wireless

The most widely available charging standard is called Qi® (pronounced chee). The majority of phone manufacturers have chosen to use Qi technology as their standard—meaning any charger made with Qi technology will charge almost any device enabled with this technology.

The number of phones with wireless charging capabilities is growing

While wireless charging devices are growing in popularity, there are some areas where charging cables still have an advantage. In most cases, you can’t use a phone while it is being charged wirelessly (that includes many apps and other functions), but you can use a phone that’s charging with a cable. Also, many phones charge faster using a cable.

Keep in mind that this technology is still new, so you’ll want to be sure customers and employees understand how to use it before giving a promotional wireless charger as a gift. But given the speed of technology replacement, there’s a strong possibility wireless chargers will be more and more common as times goes on.

Custom wireless chargers give your brand a boost

Worldwide, more than 2.5 billion people own a smartphone, and that number doesn’t even include all other wireless devices people might have. Two out of three smartphone owners plan to upgrade their phone within the next twelve months.

The next time you’re in a restaurant or looking to buy a car, take a look around and you’ll quickly realize how prevalent wireless chargers are becoming. The world is quickly becoming a place with a lot more easily-charged phones and a lot fewer dangling cables.

So, if you want to get a gift for a client or employee with a little technological “pop,” consider a promotional wireless charger for their home, car or anywhere else! 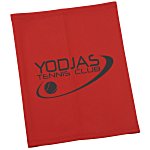 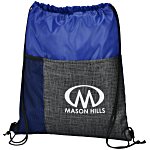 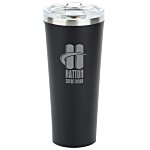 Leave a Comment Cancel reply
Related Content
Michelle
describes ...
0.0 rating
Be the first to rate this!
Wireless chargers: The tech giveaway everyone can use

Customers love tech giveaways—but aren’t always ready to use them. Branded wireless chargers that double as other useful ...