Editor’s note: This article was originally published in June 2018 and has since been modified with updated research on wireless chargers plus the latest tech giveaways.

Around the world, almost 15 billion mobile devices are being operated. And by 2027, the wireless charging market is expected to reach $40.24 billion. One thing is clear: People love technology. What does that mean for you? Tech giveaways like wireless chargers will certainly be a big hit with your employees, customers and prospects.

What is wireless charging?

The most widely available charging standard is called Qi® (pronounced chee). Most phone manufacturers have chosen to use Qi technology as their standard—meaning any charger made with Qi technology will charge almost any device enabled with this technology.

While wireless charging devices are growing in popularity, there are some areas where charging cables still have an advantage. In most cases, you can’t use a phone while it is being charged wirelessly (that includes many apps and other functions), but you can use a phone that’s charging with a cable. Also, many phones charge faster using a cable.

Keep in mind that this technology is still new, so you’ll want to be sure customers and employees understand how to use it before giving a promotional wireless charger as a gift. But with people replacing their smartphones every three years, there is a strong possibility wireless chargers will be more and more common as time goes on.

Worldwide, more than 2.5 billion people own a smartphone, and that number doesn’t even include all other wireless devices people might have, like tablets and e-readers.

The next time you’re in a restaurant or looking to buy a car, look around and you’ll quickly realize how prevalent wireless chargers are. The world is fast becoming a place with a lot more easily-charged phones and a lot fewer dangling cables.

So, if you want a gift for a client or employee with a bit of technological “pop,” consider a wireless charger tech giveaway for their home, car or anywhere else! Check out even more tech giveaways your clients will love. 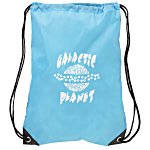 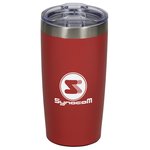 Wireless chargers: The tech giveaway everyone can use

Customers love tech giveaways—but aren’t always ready to use them. Branded wireless chargers that double as other useful ... Technology trends, styles and products are constantly evolving. Branded tech gifts from 4imprint are sure to impress anyone o...