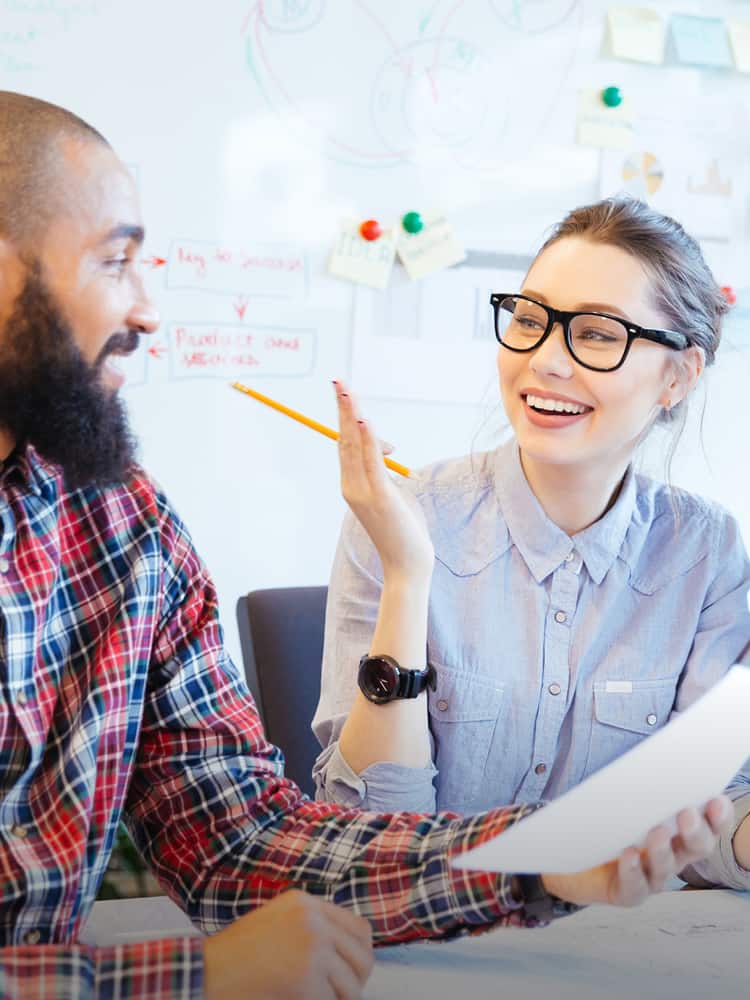 Sometimes a simple piece of clothing can be the finishing touch that unites your team.

Such is the case at the Los Alamos County (N.M.) Police Department. There, the Stain Release Performance Polo for women helped office personnel represent themselves as members of two teams at the same time.

“We wanted to wear something that made us look professional but that didn’t make us look like police officers,” said Office Manager Teresina Berg. “My department is all women, and we wanted something a little more comfortable and a little more feminine than the standard uniform. By getting us similar shirts to wear on Fridays, we were both building a distinctive appearance for our in office team, and building cohesiveness between us and the rest of the police department.” 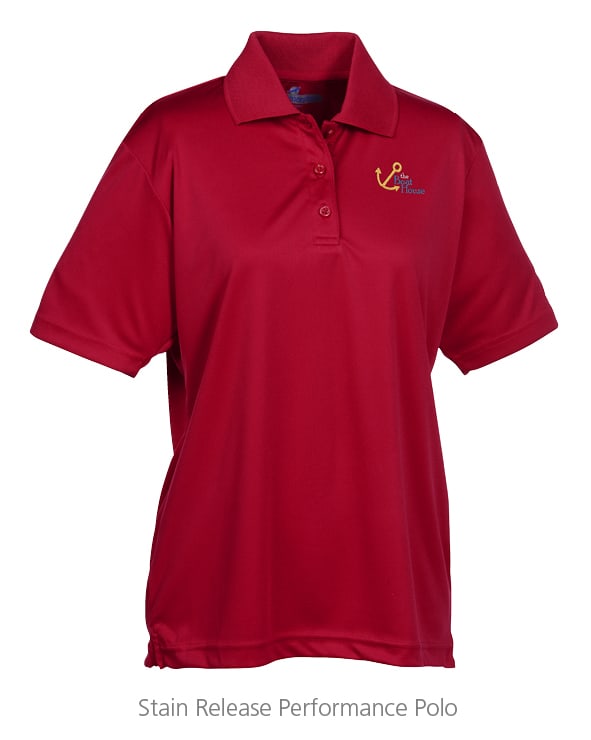 Of course, team-building giveaways are just one method to encourage teamwork and unity in the workplace—an essential practice in every industry. Teamwork improves workplace efficiency and improves relationships among colleagues. Knowing that, it’s no wonder that 92 percent of respondents to a recent 4imprint survey said they sometimes or always worked in teams. 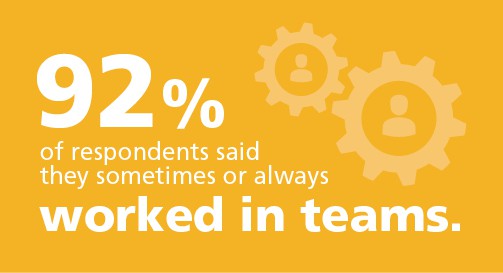 The survey shows that regardless of their size or industry, companies are using training, communication tools and team-building gifts to help their teams improve communication and conflict resolution.

Teamwork is for everyone

One of the more interesting details the 4imprint study revealed was that the larger the company, the more common it was to ALWAYS work in teams. According to the results of the study, companies with 1000+ employees were most likely to say they always work in teams. As company size drops, so does the frequency of employees stating they work in teams.

The larger the company, the more common it was to ALWAYS work in teams!

More training at every level

In a similar study done in 2017, 43 percent of respondents said that all employees received team-building training—a number that has jumped to 51 percent in 2018. In organizations where teamwork training is limited to executives and managers, training is also on the rise. Twenty-two percent of managers and nine percent of executives received teamwork training this year, up from 18 percent and eight percent, respectively, in 2017.

The survey showed that team building is most frequently encouraged via on-site exercises—48 percent of respondents hold on-site team-building activities. Nearly as many organizations—45 percent—provide technology/tools to help teams work together. Researchers expect that number to rise as millennials make up more of the workforce. Studies show that 49 percent of millennials support the use of social tools for workplace collaboration.

And while technology tools were common across company sizes, organizations with 500-999 employees use them the most. 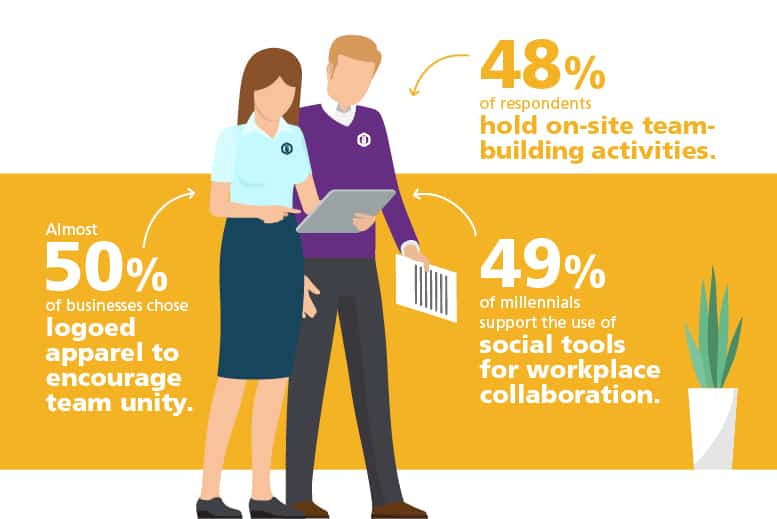 When it comes to promotional products and team unity, logoed apparel is by far the most popular team-building giveaway. The study showed that almost 50 percent of businesses chose logoed apparel to encourage team unity, with logoed pens and drinkware being the second and third most popular gifts, respectively. Two important exceptions: In government, logoed notebooks/journals proved to be most popular, but in education, logoed pens were the promotional product of choice.

Not only do a majority of businesses give away apparel, 44 percent say logoed apparel is also the most effective team-building gift.

“My team really liked the option of wearing bright colors, instead of just khaki and dark colors,” Los Alamos County (N.M.) Police Department Office Manager Teresina Berg said. “And it really helped to show how we were both part of the police department and our own separate unit. We’re not officers, but we can help you find your accident report!” 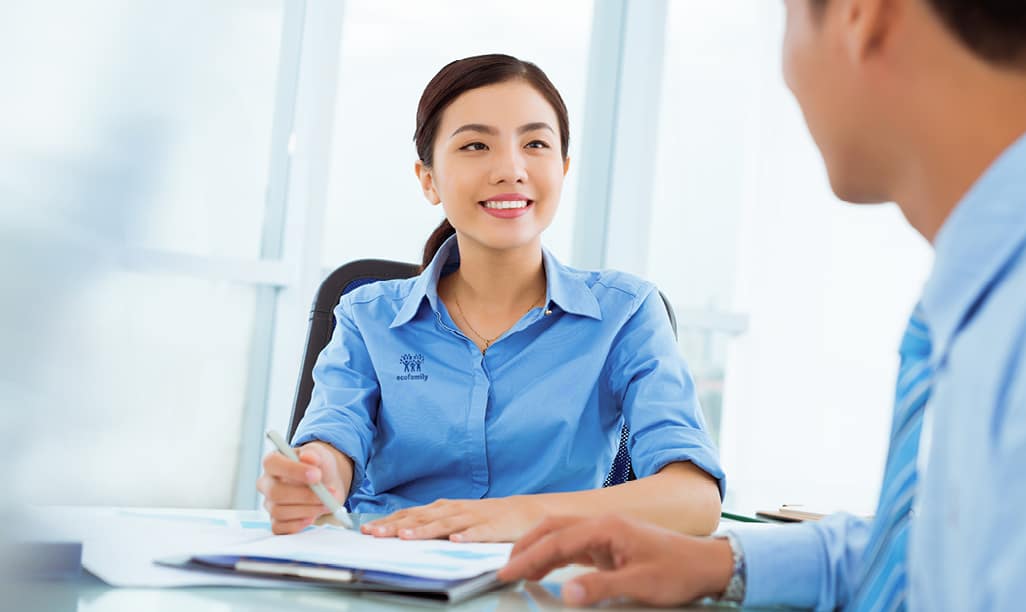 Communication skills are far and away the most popular kind of training companies provide, at 54 percent. That’s followed by conflict resolution at 41 percent and effective listening at 39 percent, indicating that helping employees gain understanding before reacting is a high priority among businesses. 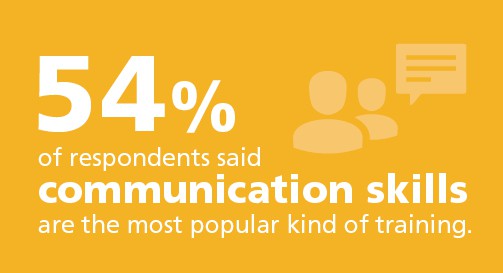 Logoed apparel helped improve communication for the Telecare Mason County Mobile Outreach (MOT) and Intensive Case Management (ICM) Teams in Shelton, Wash. The organization’s mission is to serve and care for people living with serious mental illness. While Telecare provides a variety of mental health services, teams are most visible assisting people in the community during a crisis. The group started wearing the Conquest Jacket with Mesh Lining in the field to improve team unity, communication and visibility.

“The jackets we ordered were to promote team unity and give our team a sense of pride,” said Lee Wilson, now an office coordinator at the Telecare Corporation.

Wilson’s team uses the jackets to help keep track of each other when assisting with a crisis. “Purple was a great color,” said Wilson. “One person can be speaking to someone in crisis while another is speaking with neighbors or a family member and it makes it easy to spot the person we’re coordinating with—which helps with communication.” Being able to check in on each other at a distance helps to make certain every interaction goes as smoothly as possible. 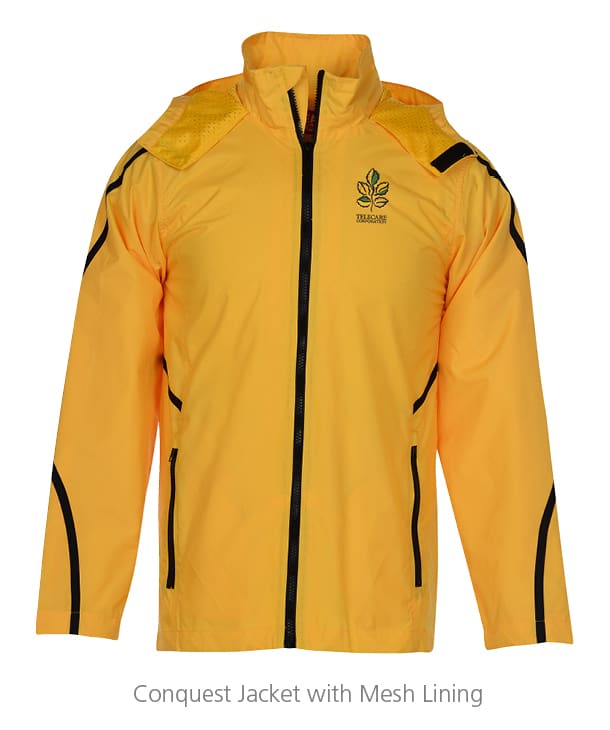 The jackets also made it much easier to approach people in crisis. “People will come up to us because they know the jackets—it’s been really great in the community,” Wilson said. “People who see us know we’re there to help.”

That’s a win for their team and the community. 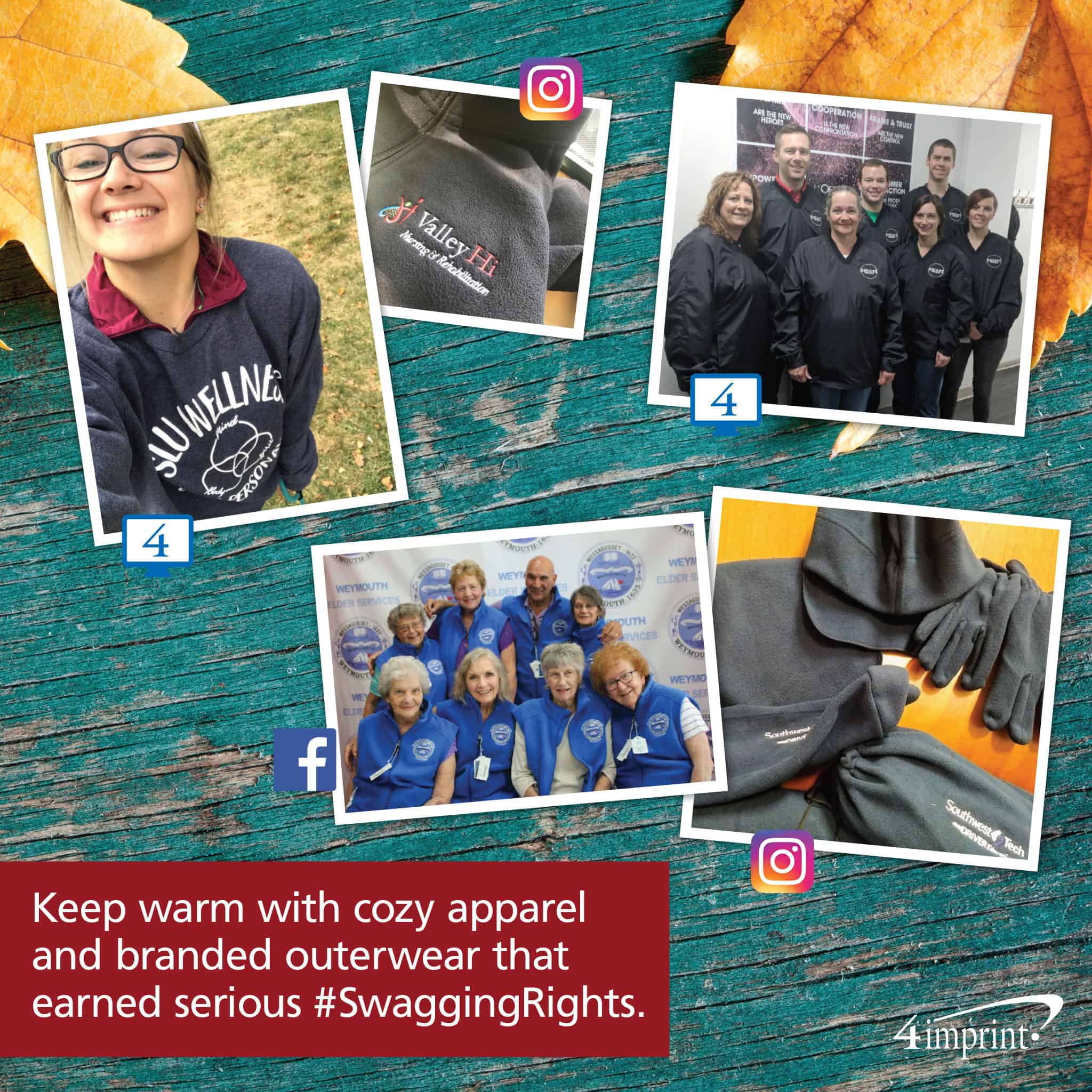 amplify: Cozy apparel to brag about

All of our Peer Educators are really enjoying representing our organization around campus in our super soft sweaters!   #SwaggingRights Weymouth elder services, Choral members   We have been... 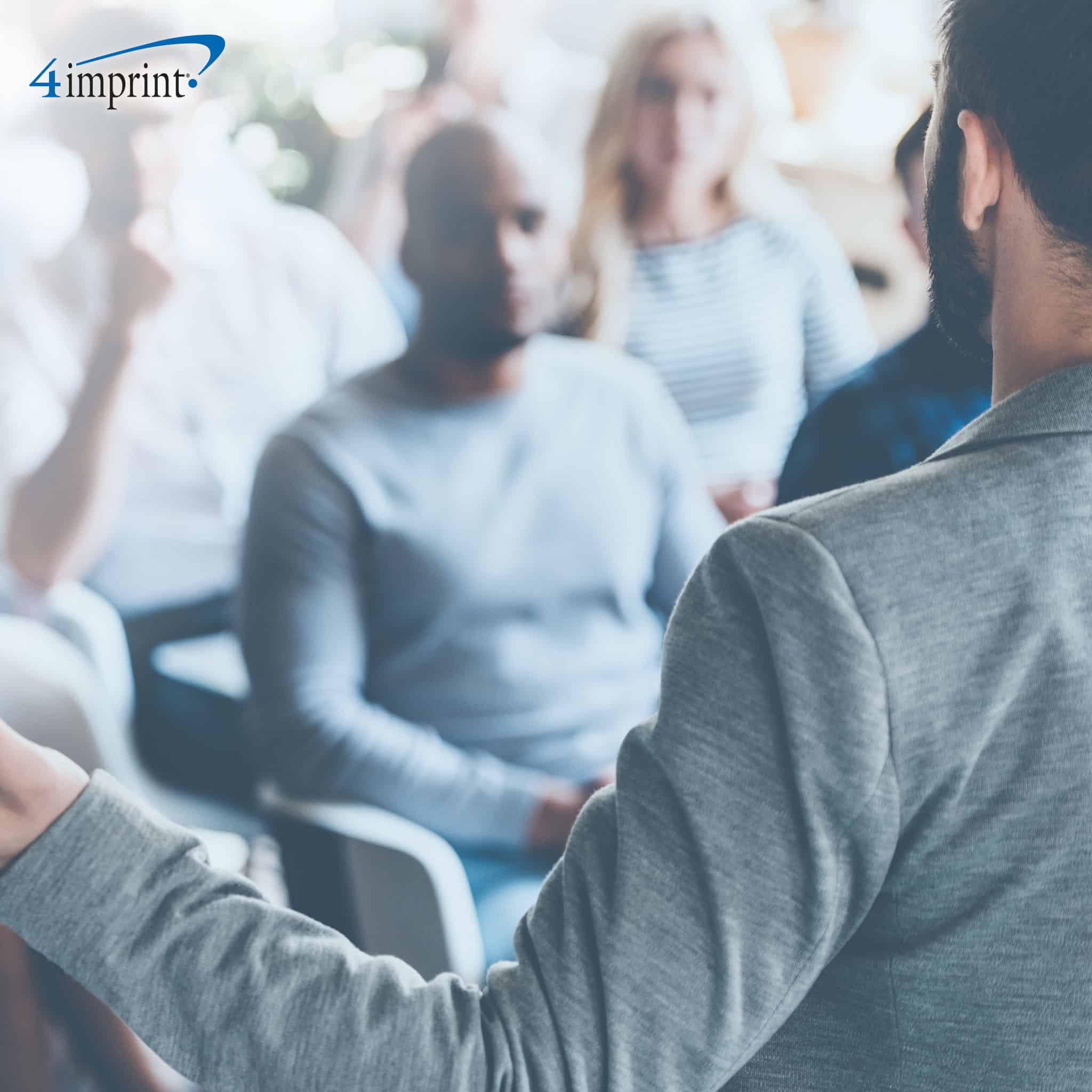 Barb Flowers had a problem. The office manager/resource coordinator at Community Family Partnership of Network180 in Grand Rapids, Mich., wanted to encourage more parents to attend... 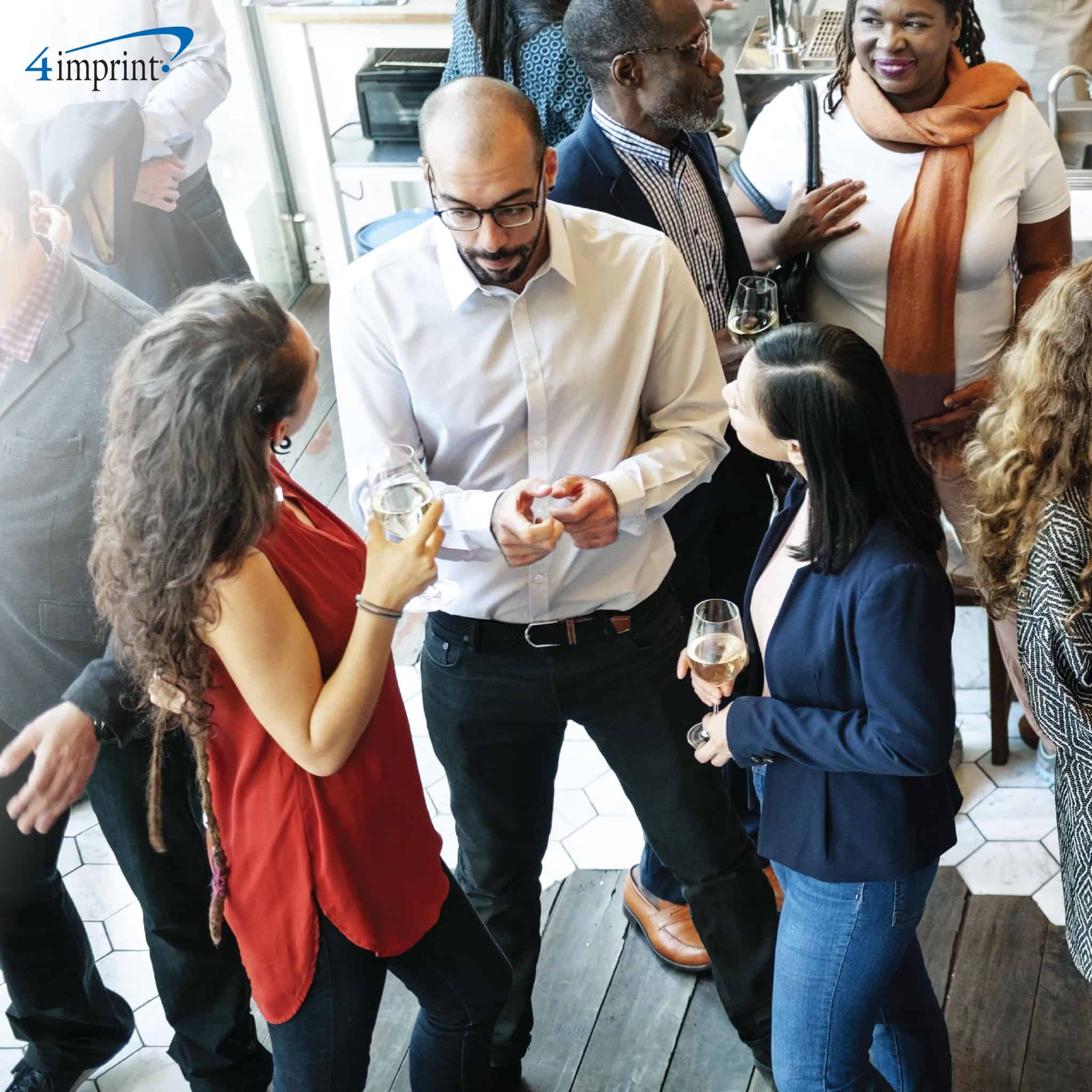 One day each December, employees at the Phoenix, Ariz.-based Professional Health Care Network take a few hours out of their workday to celebrate the holiday. It’s... 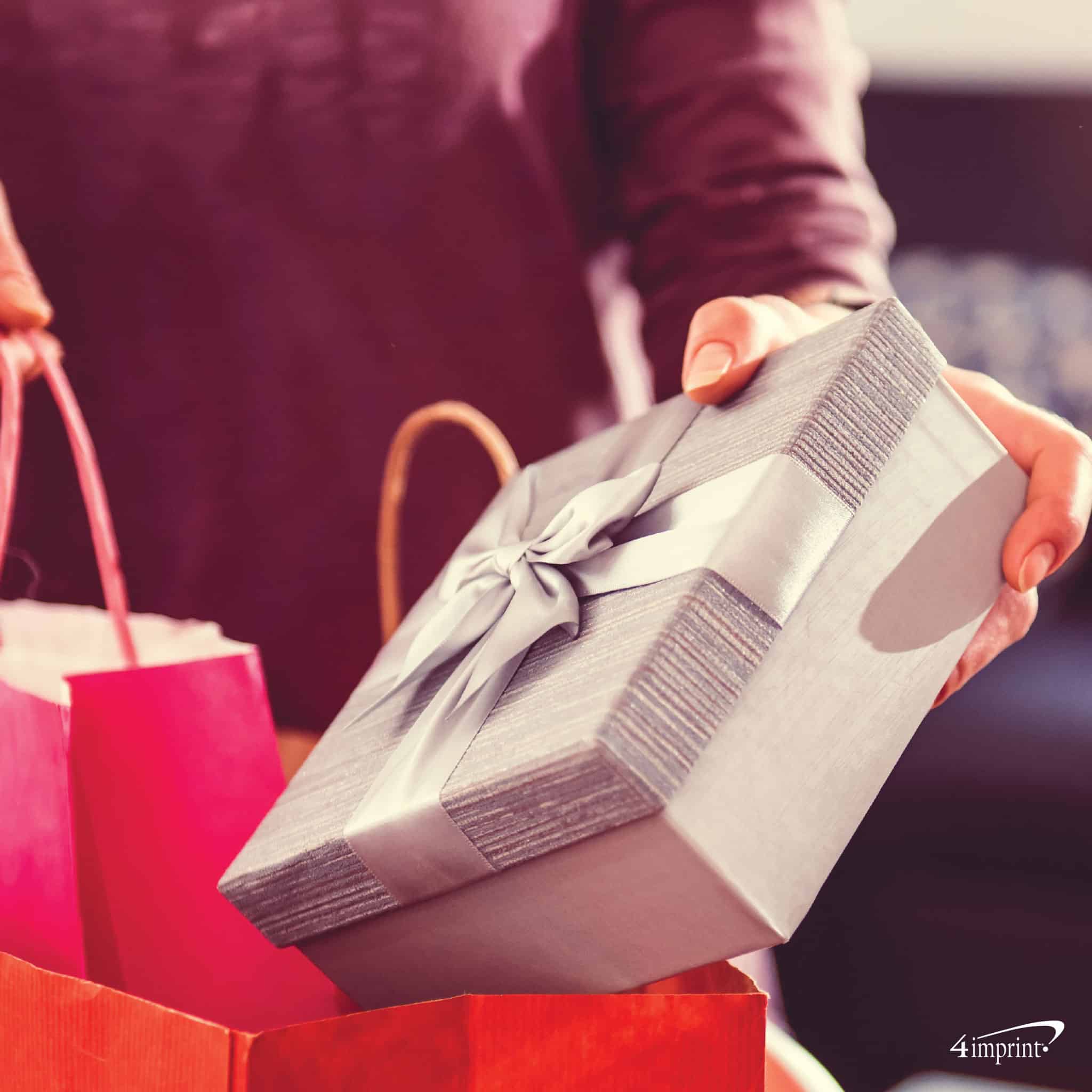 Ah, the power of a simple thank you. For employees, gratitude is a powerful motivator. For customers, it’s a way to show you care about your relationship,... 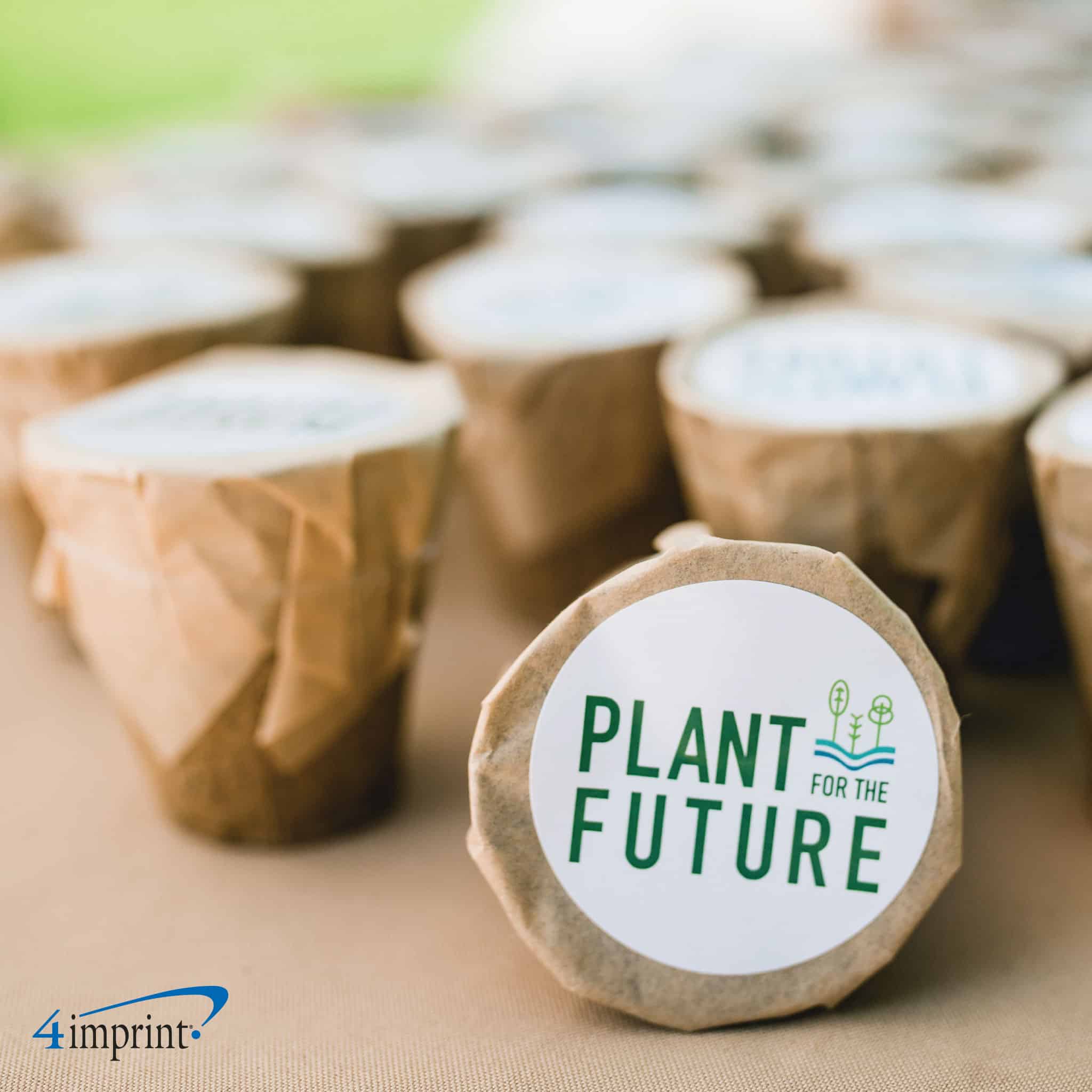 The seeds in plant giveaways to Mississippi Park Connection donors may not grow as big and strong as trees, but they served as a fitting...