A recent study shows that non-traditional workers make up between 20 percent and 30 percent of the Canadian workplace. And a study from south of the border predicts that 40 percent of Americans will work as independent contractors by 2020. This is part of what’s called a “gig economy”.

The U.S. Bureau of Labor Statistics says “gig economy” is not an official definition. It’s a term used to describe a workplace trend in which single projects or tasks are assigned as needed to freelance and contract workers (also known as gig workers). One in ten workers has joined the gig economy, mainly because of increased mobility. Communication is easier, meaning they can work anytime, anywhere (and for anyone). But as the gig economy rises here in Canada, some experts warn that many workers are turning to it only because they have no other options.

What does this mean for your business? Much depends on the type of industry and your company’s flexibility. Here are some of the advantages and disadvantages of a gig economy:

Companies that hire gig workers can save money. They don’t have to pay for worker benefits, overtime or work space. However, because a freelancer may not be familiar with the ins and outs of your company or client, additional training may be required (which costs time and money).

The gig economy has no limits—workers may be operating in any time zone and at any time of the day. If you have global customers, this can be a huge benefit. But that can still cause scheduling headaches. If two people in opposite time zones need be in direct communication, someone is bound to lose sleep.

Because workers in a gig economy are likely working remotely, they may feel detached from the company—even if they frequently work for it. Employers may have to do more to foster loyalty from gig workers and maintain their desired workplace culture.

Operating under a gig economy allows employers to hire workers as they need them. That means no more long hours during peak times and no layoffs when times are slow. On the other side, freelancers have the freedom to choose the jobs they want, making it more important for employers to maintain their competitiveness.

If you’re ready to start hiring gig workers, these recruitment giveaway ideas can sweeten the deal for prospects. Consider offering a company welcome basket. Start with a logo’d commuter bag. Add a branded travel mug, set of earbuds and a memo book with pen —everything they’ll need for a successful day on the job. You may also consider gifting repeat gig workers with company branded apparel to make them feel like they are part of the team. A logo’d polo or fleece jacket are nice options.

A gig economy offers pros and cons for employers. If this work environment is right for your company, show your gig employees the love with some recruitment giveaways. Happy hiring! 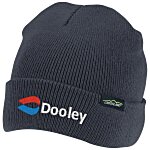 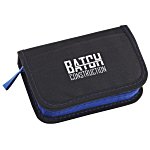 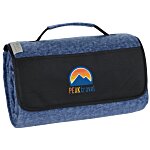 This Blue Paper explores company culture and offers tips on how to hire for a cultural fit. Developing and distributing a cul...