One of the biggest challenges facing trade show exhibitors is being able to convey their message in a succinct and relevant way. Trade show attendees have short attention spans, which means exhibitors have a limited amount of time to work their magic. How much time? Just five short seconds.

Video can generate interest in your company before, during and after the show. It is eye-catching, tech-savvy and, when done right, entertaining. And video works. Studies show 46 percent of people who view a video take some sort of pro-active action afterward. Be ready for your next trade show by keeping these video best practices in mind:

Generate interest before the show

Video is a great way to pique interest about your company before the trade show even starts. It can provide a sneak peek about what your company will be introducing, showing or promoting. Post video on your website and share links via press releases, email and social media posts. Imprint your video’s URL on trade show swag, such as a convention kit or tote, and mail it to your best prospects, along with a handwritten invite to see you at the show.

Keep the five-second attention span in mind when creating your video. It should deliver information quickly—ideally, videos should be 30 seconds or less and run on a continuous loop. Research shows most people will stop viewing videos after one minute. Thank those who stop at your booth with a gift. A logo’d PopSockets® Phone Stand or a phone stand amp makes watching mobile video a breeze.

Trade shows are busy places. You have background chatter, surrounding booth noise and overhead announcements competing for attendees’ attention. A video that relies on audio instead of visual risks its message getting lost in the noise. To avoid this, make sure your video shows instead of tells. Use high quality footage or imagery to display products and demonstrate processes while using text instead of a voiceover.

Remember that video you shot and used prior to the show? Reuse it! Did you produce a product demo clip or a video announcement for a new service line? Take it to the show! The beautiful thing about video is that it’s easy to edit. Make changes where needed to ensure the video’s relevance and share it again and again!

Use B-roll for a recap

Remember to take some footage from the trade show, and use it for your next production. B-roll video that captures the day’s events makes for a great post-show gift. Send your video on a business card USB or Lanyard USB Drive along with a note that says, “Thanks for stopping by—let’s meet again soon!”

Video is an effective way to engage and capture the attention of your audience. Get rolling today with these tips and best practices (plus some of our trade show swag ideas). Ready, set, shoot! 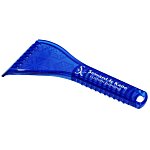 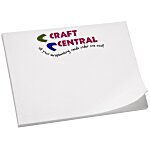 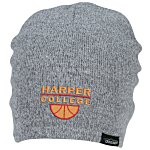 Are you looking to drive engagement and wow visitors while at your next trade show or event? Try adding 360 degree video mark...

Tiffany
describes ...
8 prime types of video for promoting your business