one by one® story: Edmonton’s Food Bank

Focusing on immediate hunger relief as well as hunger prevention, Edmonton’s Food Bank serves tens of thousands of people every month. In fact, it’s currently serving 30,000-plus people monthly, which is the highest number it’s ever served in its 41 years. Edmonton’s Food Bank works with grocery stores to receive surplus food, which includes dairy, meat and produce. This allows the organization to provide fresher, healthier food to people.

Giving back with cutlery giveaways for volunteers Edmonton’s Food Bank holds multiple fundraising events throughout the year, especially in the summer. Most events are entirely run by volunteers. Last year, more than 1,600 volunteers put in more than 100,000 hours. Edmonton’s Food Bank staff are so appreciative of volunteers’ hard work and help that they want to give back to them in a thoughtful way. Thanks to a 4imprint one by one® grant, staff was able to order portable, reusable cutlery sets.

Many of the events held by Edmonton’s Food Bank are related to food festivals, so the cutlery sets work perfectly. Volunteers can use the cutlery the day they get it (which also promotes the food bank as volunteers are out and about in the community) and bring the cutlery to the food bank later when they volunteer there.

“We’re really appreciative of our volunteers. Through everything that’s happened the last couple of years, it’s been great to see the support they’ve continued to give us. We wanted to give them something useful, and the cutlery sets fit very nicely,” said Chevy Cottrell, communications and media coordinator.

A note from Cheryl

How wonderful that Edmonton’s Food Bank gives meaningful giveaways for volunteers to show their heartfelt appreciation. 4imprint is honoured to play a part by providing portable cutlery sets. If you’re interested in a one by one® grant, visit onebyone.4imprint.ca. 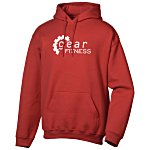 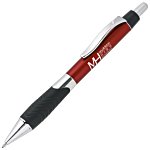 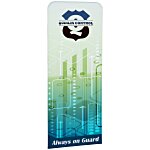 Promotional power banks make great gifts thanks to the vast amounts of electronic devices we use daily. Check out our favorit...

Custom power banks are a practical and well-received promo product. Check out these tips for choosing the best branded power ...