one by one® story: Peyton’s Promise

An eight-year-old Wisconsin girl named Peyton saw a New Jersey boy on the news who didn’t have enough food to eat. Peyton asked her parents if there were children who “lived here” who went hungry. After talking with her parents, a fire was lit in Peyton’s young heart to make sure “kids didn’t go to bed hungry.” With help from her parents, Peyton started a food drive (which turned into another, and another). Now a college grad, Peyton’s one desire has grown into an incredible organization fighting hunger—done almost entirely by students in elementary through high school. With water bottle gifts that remind each student how important their work is, Peyton’s Promise continues to “Change the world, one can at a time.” Here’s how. 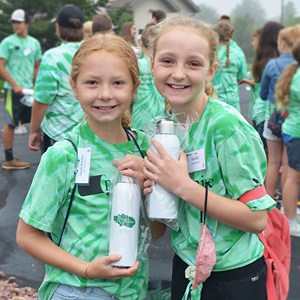 From fifth grade to high school, young students are the driving force behind Peyton’s Promise. Every young person who volunteers with the organization is called an “advocate.” Together, these young advocates support 54 organizations (food pantries, soup kitchens, etc.) that fight hunger.

“These kids are so eager to change the world. They’re just unstoppable. Some of these kids don’t find their place in team sports. But community service is where they pour their heart and soul,” Teena Medick, Executive Director of Peyton’s Promise said.

Many advocates grow up volunteering for Peyton’s Promise. The current president has been with the organization since fourth grade. She’s now a senior in high school and, along with other older advocates, is making the decision in her adult life to pour her passion into community service.

For these young volunteers, COVID-19 was extremely difficult. Recognizing the need to reinforce their passion and purpose, the staff at Peyton’s Promise wanted something tangible to thank their advocates with.

Thanks to a 4imprint one by one® grant, Peyton’s Promise was able to order aluminum water bottles gifts to do just that.

“That one water bottle is just a little token of how much we believe in our advocates. And it’s one way we can show them our deep appreciation. Ninety-six percent of every donated dollar goes back into the communities. So, this grant lets us show our heartfelt appreciation without dipping into the money that’s there to provide food for those in need,” Medick said.

A note from Cheryl

It’s an honor and an inspiration to see how Peyton’s Promise is lighting a fire in young students to fight hunger in their hometown and eventually, around the world. 4imprint is thrilled to play a small part by contributing water bottle gifts to thank these young advocates. To learn more about 4imprint’s one by one® grant program, visit onebyone.4imprint.com. 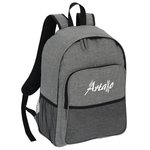 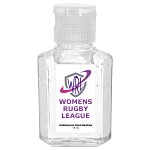 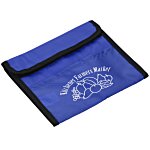 Read the story that came after the story. We check in on organizations previously featured in amplify that used popular promo...